Every great getaway deserves the perfect musical accompaniment. The soundtrack to your ideal vacation must embrace the freedom, whimsy, and excitement of your environment. And in the case of Palm Springs’ newest resort, Les Cactus Palm Springs, music is the foundation of its flair.

“It’s named after a 60s French rock ‘n’ roll song,” croons Les Cactus Palm Springs owner Matt Kurtz. “I don’t wanna say it’s trippy, but that’s the word that comes to mind. I wanted a desert-centric theme for the property, but also something cool and worldly, so Les Cactus was the perfect name.” 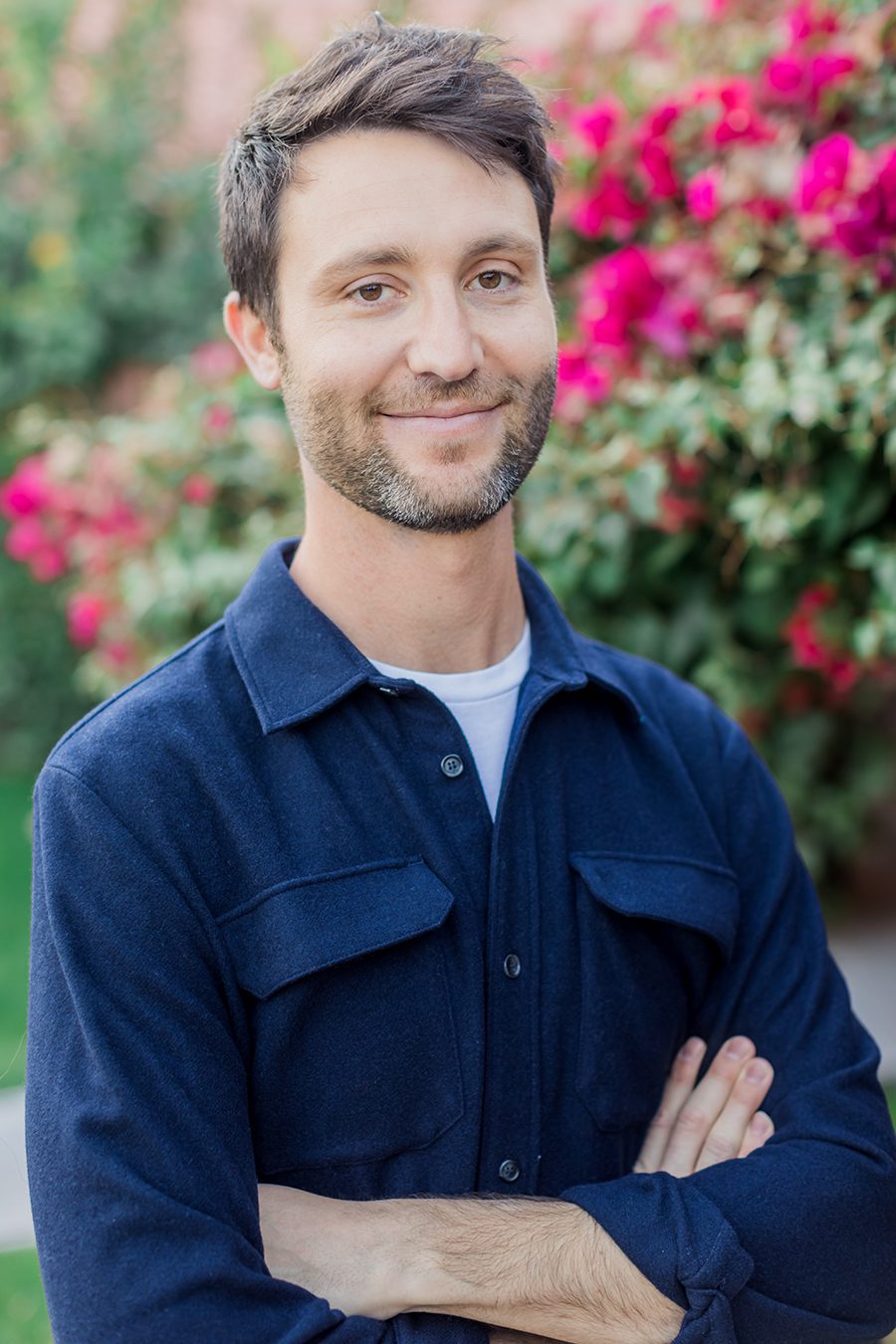 Indeed, the 1967 Jacques Dutronc tune perfectly captures the spirit of the property. Irresistibly mod with flourishes of exuberant grunts and a seductive swing, Les Cactus Palm Springs dares you not to dance along with its hypnotic charisma.

“We wanted the vibe of the song to carry over into the design of the hotel,” says Kurtz. “The album cover has these bright yellow bubble letters that pop out at you. That has nothing to do with the look of the hotel, but it has the same playful spirit.”

The album cover plays a cameo role on the Les Cactus Instagram feed, which Kurtz describes as a vision board for the accommodation’s soul. “It’s a color explosion,” paints Kurtz, calling out the dynamic blend of pinks, greens and whites that swirl to a harmonious crescendo at Les Cactus. “It’s fun and funky but affordable at the same time.” 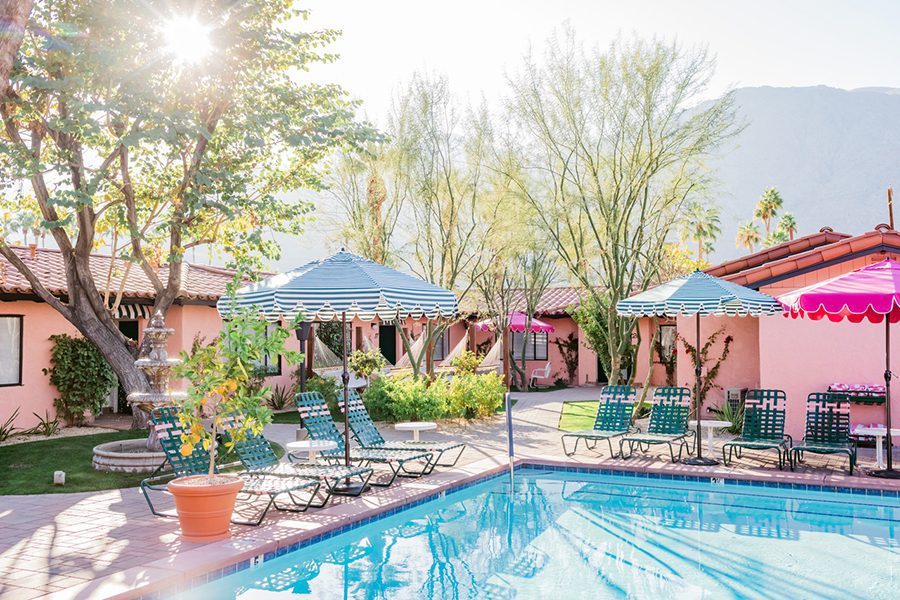 To achieve the resort’s ambience, Kurtz drew inspiration from different corners of the hospitality globe. “The décor is BoHo eclectic,” he narrates. “We have bamboo rattan chairs in the shared common areas, but the rooms have a streamline, clean aesthetic. Tantra Indian blankets keep you comfortable, and the color scheme is simple and welcoming.”

Once you emerge from your room, enjoy a relaxed shared community. “Outside, there’s a small hammock garden, so the shared areas are really social,” invites Kurtz. “We built the piano room around an old piano that has been here forever. There’s a fireplace and a conversation pit with faux fur covering the rocking chairs. The resort kitchen shares the same hours as the front desk, so whenever we’re open, people are welcome to grab a free snack. It’s designed to feel like their kitchen at home. Guests can also enjoy continental breakfast every morning. It’s all included in the room rate.” 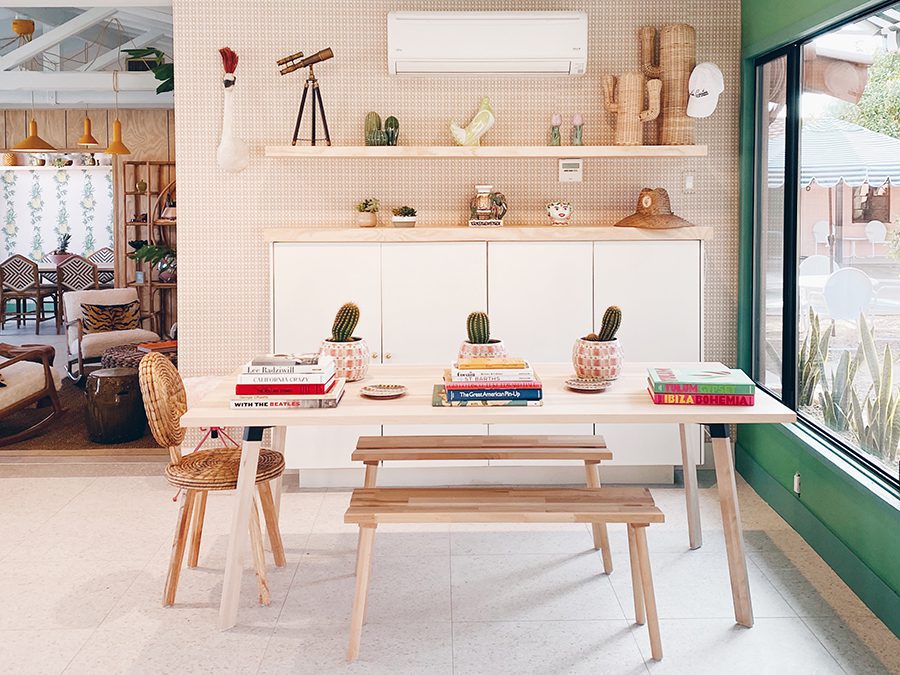 Accessibility and inclusivity are the roots of Les Cactus Palm Springs, but excessiveness isn’t part of Kurtz’s vision. He considers Mother Earth his most important tenant. “We stock the kitchen with reusable water bottles,” notes Kurtz. “People can use them throughout their stay and take them home as a souvenir. Fill them up with water from the reverse osmosis filter, or grab a fresh bottle of water from the fridge.” 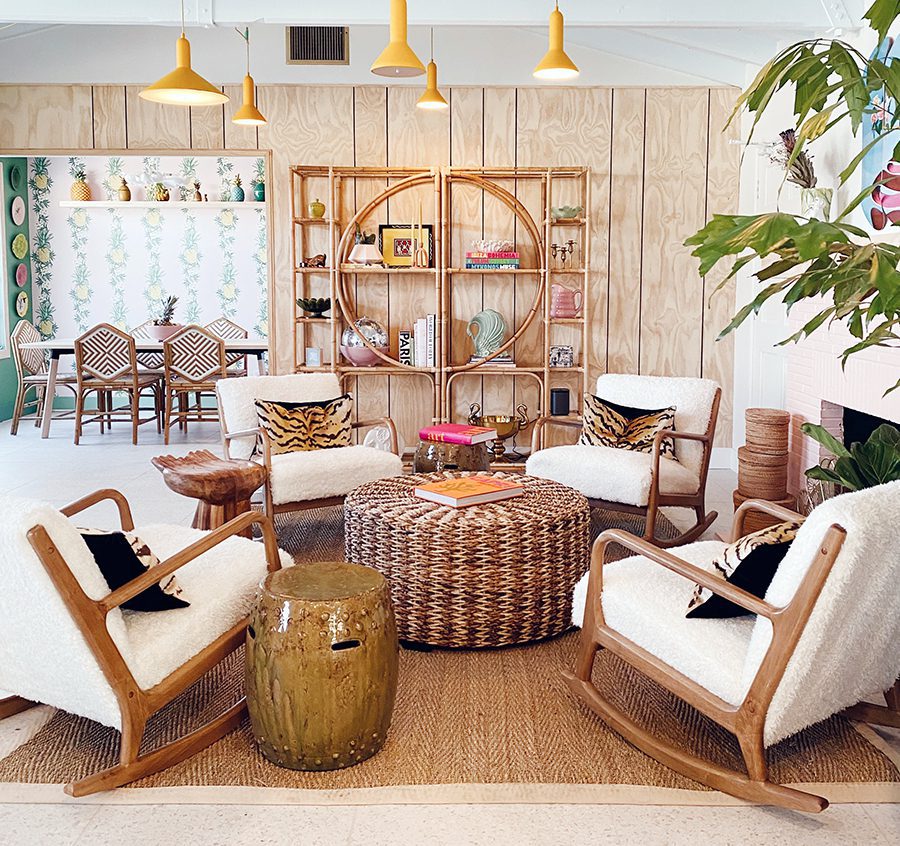 Punctuating his point, Kurtz continues, “The reusable containers are a way to help make us sustainable, which is important to me.”

Kurtz cherishes Palm Springs and strives to add to its cache, which he has always admired from a casual proximity. “I’m from Los Angeles, so Palm Springs was always close, and always a perfect escape. It’s great escape when you need a break but don’t want to hop on a plane. It’s a desirable getaway.”

And Kurtz’s desire yielded entrepreneurial expression when he bought and renovated a local gay hotel & spa in 2017. “La Dolce Vita was a great first project, so I was looking for my next property ever since. This used to be the Terra Cotta Resort, a co-ed nudist property, then it was Warm Sands Villas, which catered to gay men. Les Cactus, however, strips away those designations and simply welcomes everybody.” 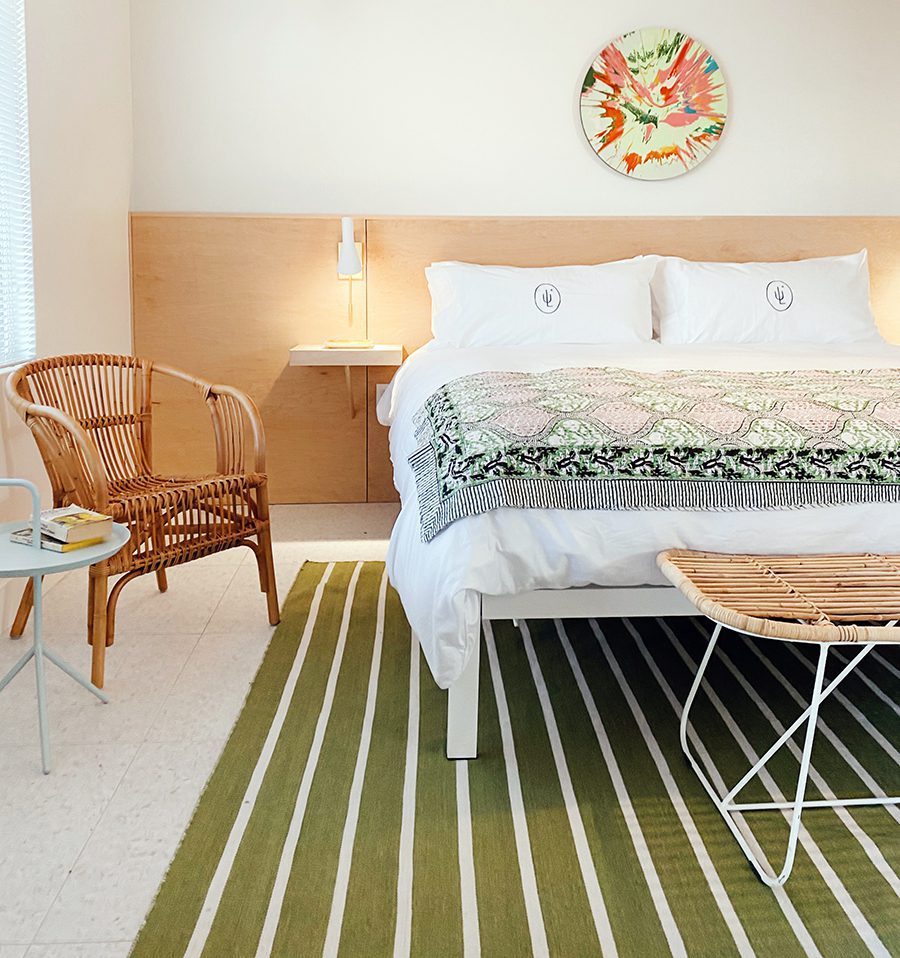 Kurtz embarked on a renovation initiative that was equal parts respect and re-imagination. “We gave it a real facelift, but kept as much of the skeleton as we could. Portions of this property were built in the 1930s, other parts were added in the 40s. It actually has a historical designation.”

And now, Les Cactus is about to rewrite that history. Kurtz reached out to his esteemed network of hotelier contemporaries for inspiration, and found collaborative nirvana. “I’m great friends with Richard Crisman and Jeff Brock,” beams Kurtz. “They played a key role in helping me bring this fun, funky, affordable vision to life.”

Many in the hospitality space aspire to create a home away from home, but for Kurtz, Les Cactus is simply home. He rolls out the green, white & pink carpet for other travelers so that they may discover the tranquility that he has embraced in our humble hamlet. “Anyone from major cities can escape to Palm Springs.” 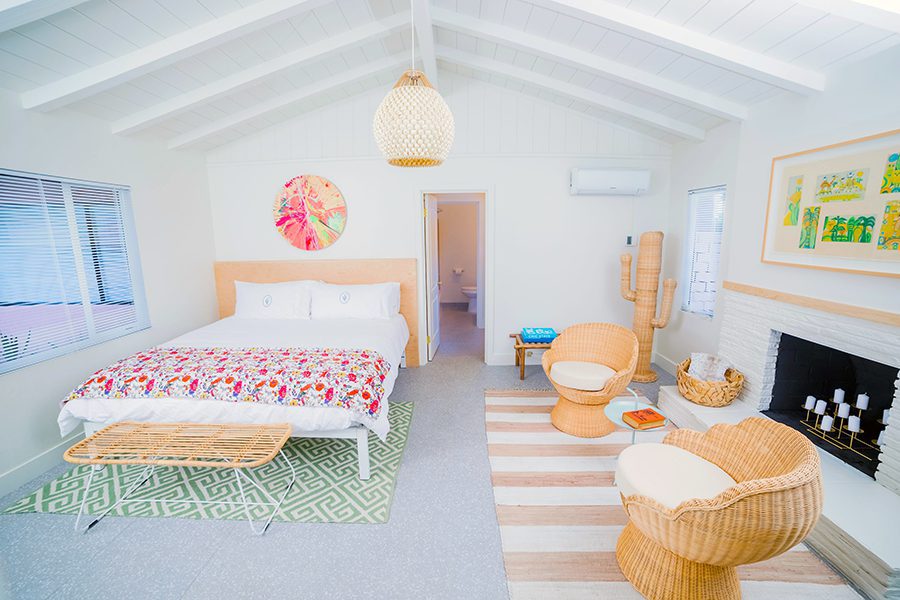 Ever since transplanting his perspective to Palm Springs, Kurtz has developed a love affair for our landscape. “In the past two years, I’ve really explored the restaurants and bars and met other business owners. Everyone has been so helpful and friendly. It’s really just been lovely to be a part of this community.”

Kurtz is returning the favor by inviting you to visit Les Cactus. Just like the song that inspired it, you will never want your stay to end.

Make it a Palm Springs Getaway! Spring (March – May) is a great time for…

Are you looking for a fun-filled girls’ getaway? Then look no further than Palm Springs!…

A Better City for Pets

Palm Springs is a Certified City in the Better Cities for Pets program. This program…

Receive news and announcements from Palm Springs straight to your inbox